Under the patronage of 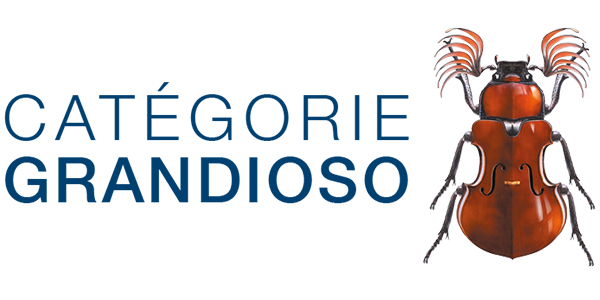 Mozart
Overture to Don Giovanni
When he was 17, Beethoven met the author of this Overture, who proclaimed ‘Watch out for this one – he will make a name for himself in the world’. Mozart was of course right: the young man would become after him, after Gluck and after Haydn the last major representative of Viennese classicism. But as for Don Giovanni: this was his second collaboration with Lorenzo da Ponte, following Le nozze di Figaro. Four months were all the Salzburg-born Mozart required to create this masterwork, with legend having it that the Overture, opening our programme today, was delivered in the space of three hours, the night before the dress rehearsal in Prague’s Nostitz Theatre (now Estates Theatre) – so, on the eve of 28 October 1787. We are four years before Mozart’s death: this is not yet the Requiem, but from the very opening bar, the tone is set. With an inexorable sense of solemnity, the orchestra seems to embody the force of destiny. The paths described in the Allegro that follows the Andante resemble a photograph of a life already at an end, full of trouble. At the same time this is a life full of energy – the kind of energy characters such as Don Giovanni needed to live, in the perpetual hunt for pleasure. The final scene of the opera echoes this prelude, underscoring the fact that for all the pleasure, the end is implicit in the beginning. Is not the full title of the opera Don Giovanni, or the Rake Punished?

Haydn
Cello Concerto no.2 in D major
Only the first two of Haydn’s cello concertos are unquestionably by his own hand. But even the present concerto, which dates from 1783, two decades after the first concerto, was long attributed to his dedicated, the cellist Antonin Kraft – before Haydn’s autograph score was discovered – in the early 1950s! As it happens, Kraft is useful in deciphering this work, which was entirely devoted to the virtuosity of the performer who gave its premiere; so much so that this work can be heard from the perspective of the endless technical and stylistic variations demanded of the soloist here.

Its prelude begins like a sunrise: ray by ray. This is a spring dawn, with a pastel tonality established. But as with Mozart, who made no secret of his admiration for Haydn – ‘He alone knows the secret of making me smile and of how to move me in the very depths of my soul’ – recreation holds constant surprises. Without delay, sudden gusts arrive to buffet the first theme, at the mercy of a heart far too inconstant. The shadow of romanticism is never far away when the cellist’s bow starts to sing. In this case, the cello will go through multiple phases in the course of the Allegro moderato. From one theme to another, it can be heard dancing, weeping, whooping and giving itself over to acrobatic demonstrations – where its technique challenges it to reach a form of total expressiveness. The ensuing Adagio does not venture from the realm of reassurance; but its palette is stripped down, and a canvas of silence and modulations invites the listener to meditate. All is song, but this is a vast song, like the sky. And the melancholic lyricism of the soloist goes so far as to evoke some passages of Schubert to come. The final, in the form of a Rondo, sets up a playful dialogue, and – albeit with writing of an exalted level – between orchestra and cello. Without respite, the music oscillates between the equanimity of the 18th and the fever of the 19th centuries – between Mozart and Beethoven.

Beethoven
Symphony no.4 in B flat major op.60
A storm on the horizon; the earth shakes. The prologue of Beethoven’s Fourth Symphony has certain echoes of the Overture to Don Giovanni. And yet in 1806, Beethoven was enjoying the most productive years of his life. And this explains why the weather changes so suddenly: in the absence of reliably sunny skies, the storm swings suddenly, to be replaced by a blast of light. B flat major, a relatively rare tonality, turns out to be as dazzling as it is mysterious. Caspar David Friedrich didn’t only paint tragic horizons: we also have him to thank for verdant peaks shrouded in crystalline sunlight. Such are the landscapes we pass through as we listen to the first movement of this symphony. Our walk continues through a heavenly Adagio, where Haydn’s dew sets down its most delicate drops. Should we recall at this point that the same Haydn, astonished by the young Ludwig’s potential, had invited him to Vienna to share with Beethoven his own knowledge and experience? Clarinets and first violins each have their own part in the melody. Born three years before this work was composed, Hector Berlioz declared that such music could only have been embroidered by an angel. Step by step, Beethoven creates a symphonic inwardness where the plural can emerge as the most intimate of all voices. And he succeeds, despite the dotted rhythm of the accompaniment, conveying a powerful feeling of serenity. Spinoza believed that ‘longing born of joy is stronger than longing than longing born of sadness’. His hunch finds its confirmation in the Allegro vivace, whose explosion of life surges forth like a heart transfixed, yet simultaneously recompensed. If the orchestra is a body, all its organs are exultant. The concluding Allegro ramps up the number of beats per minute. Before Spinoza, Saint Augustine argued that ‘happiness consists in continuing to desire what one already possesses’. Here is the blazing proof: until the final note, its smile spreads without the slightest note of rapture, with the audacity that being happy requires. The musicologist Robert Greenberg concluded: ‘If any of Beethoven’s contemporaries had written this symphony, it would be considered the composer’s masterwork, and that composer would be remembered forever for this symphony.’

21:30 Dinner with the artists at the Salle Baccarat