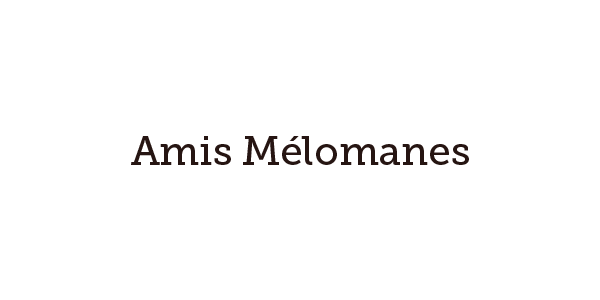 Handel
Suite for trumpet and organ in D major
Our ears are unaccustomed to the chemical reaction that results from blending the sounds of an organ and a trumpet. Yet it produces vivid, gilt-edged results, whose princely tones encapsulate an epitome of the Baroque sound. And who better than Handel, an organist without peer in this repertoire, to launch our survey of this repertoire? Beginning with the sounds of a hunt, his Suite for trumpet and organ plunges us into a forest where a will-o’-the-wisp is a more common sight than the target itself. In the course of this work in five different tempi, a variety of harmonic, rhythmic and lyrical alliances are set out in masterly fashion, between the brass instrument’s David and the organ’s Goliath. But here, there is no duel: even in the confrontation of instruments, the dialogue prevails. And it is the sun that triumphs.

Viviani
Sonata prima for trumpet and organ
The ‘trumpet’ is also the name of a range of organ stops – covering all the pipes on this polyphonic instrument – with one of the most radiant tones; the power of its sonority echoes that of its instrumental homonym. Indeed, half a century before Handel, the Florentine Viviani was already devoting brilliant scores to the marriage of trumpet and organ. The final movement of his Sonata prima embodies an elevation to seventh heaven. Through faith, or music? It comes to the same thing.

Bach
Toccata in G major BWV 916
The poet David Dumortier makes a distinction between ‘words that can be touched’ (‘un piston’, a valve, ‘une main’, a hand) and ‘words that can’t be touched’ (‘la folie’, folly, ‘la vie’, life). If a sonata (from Italian sonare) turns out to be a work designed to ‘sound’, to ring out, a toccata is a work ‘to be touched’, its aim being to show off the performer’s virtuosity while also revealing the instrument’s material range. To this end, a cycle of slow and fast figurations is used, with the combination taking the form – particularly in Bach’s case – of a divine improvisation, where the contrapuntal writing reaches a peak of mastery. Composed around 1710 alongside six other pieces for harpsichord, this Toccata remains cryptic in its intentions. Yet transcended by the organ, it unites all the families of words: both ‘hand’ and life are elevated to new heights, offering us eight minutes of happiness.

Telemann
Concerto for trumpet and organ in D major TWV 51: D7
Telemann and Bach are often contrasted with each other, although they were friends: pleasure with one, scholarly music with the other. Or, more polemically, facility versus austerity. Telemann himself yielded to the sideswipe, mocking his contemporaries with their ‘opulent counterpoint’. Follow my gaze. All the same, in spite, as it were, of being ‘fun’, many of his creations remain wonders of grace and lyricism, whose influence extends as far as Mozart. Listen closely to how this Concerto opens: before the work has even properly begun, a long note wraps itself around the listener and transforms itself into melody, immersing us in a moment of ambiguous delight, between passion and contemplation. Lovers of French song will hear echoes of L’Assassinat, a gem by Georges Brassens, in the third movement.

Bull
In Nomine no.9
There are many musical scores with the title In Nomine over the course of the 16th century. Generally polyphonic in nature, they take their cue from a Mass by John Taverner, in which the Latin for ‘in the name of God’ is intoned. John Bull, who was also an organ builder, is part of this heritage. But is his In Nomine exclusively religious in nature? Music as leisure activity is certainly a relevant aspect here. It should be remembered that Bull hastily left his native England for the Netherlands, having incurred the wrath of the archbishop of Canterbury after fathering a child out of wedlock. ‘The man hath more music than honesty and is as famous for marring of virginity as he is for fingering of organs and virginals!’ the prelate ranted.

Tomasi
Gregorian Variations on a Salve Regina for trumpet and organ
We take a leap into the 20th century with these famous Variations by Henri Tomasi, a native of Marseille, who underwent a number of mystical crises in his life. Here, it is not God on earth, but the mother of God who is addressed in this instrumental hymn, which over the course of six minutes traverses a vast palette of sonic and theological colours. Freed from the shackles of ancient canons, organ and trumpet explore the boundaries of their respective contrasting registers, weaving a dialogue between heaven and earth, without forgetting the ever-changing waters of the sea: as if to resemble an assertion – not long before the advent of electronic music – that the organ, too, is a ‘mutant’ instrument, experimental and comprehensive.

Widor
Salve Regina, from the second liturgical reform
The Salve Regina by another Frenchman, Charles-Marie Widor – a genius of the organ who succeeded César Franck at the Paris Conservatoire, was first performed decades earlier, but takes us back to the age of Bach. Like the Lutheran genius, Widor was a man of the system, a passionate rationalist who believed in the beauty of endeavour – one reason why his music was played, ten years after his death, at an occasion with such exacting standards as the wedding of Queen Elizabeth II in 1947.

Tomasi
Semaine Sainte à Cuzco (Holy Week in Cuzco) for trumpet and organ
We return to Tomasi for our final work, with a piece rather heterogeneous in nature, composed in 1962 by an artist now on the wane. By turns massively emphatic and ethereal, this meditation on time offers listeners the whispered suggestion that once, long ago, Inca palaces rose on the site of the palace of Cuzco. With their demons, their magic, and most of all their panpipes, these are organs that hold the audience spellbound.